On the latest episode of “The King of Mask Singer,” the identity of “Autumn Picnic” was revealed!

During the October 16 broadcast of the MBC singing competition, four contestants continued their quest to challenge the reigning champion for his throne.

In the first match-up of Round 2, Autumn Picnic performed a soulful rendition of Primary’s famous hit “Seethru”.

After watching her performance, the panelists tried to figure out who Autumn Picnic could be. Producer Ryan Jhun confidently guessed that she was Oh my girl‘s Arinbut host Kim Sung Joo tried to steer the panel back in the right direction with a hint of Autumn Picnic having a younger sibling.

After hearing the MC’s hint, Kim won over Joon searched his phone somewhat frantically before exclaiming, “I found her! FROM THEM‘s Lee Chae Yeon!”

Autumn Picnic’s opponent ultimately won the round, leaving her to take off her mask and reveal her identity – and sure enough, she turned out to be Lee Chae Yeon.

When host Kim Sung Joo asked her how she felt about Ryan Jhun not recognizing her, Lee Chae Yeon replied with a laugh, “Actually, he produced almost all the songs on my new [solo debut] album.” Ryan Jhun sheepishly agreed that he should have recognized her, noting, “Even up until 15.30 today I supervised [her tracks].” 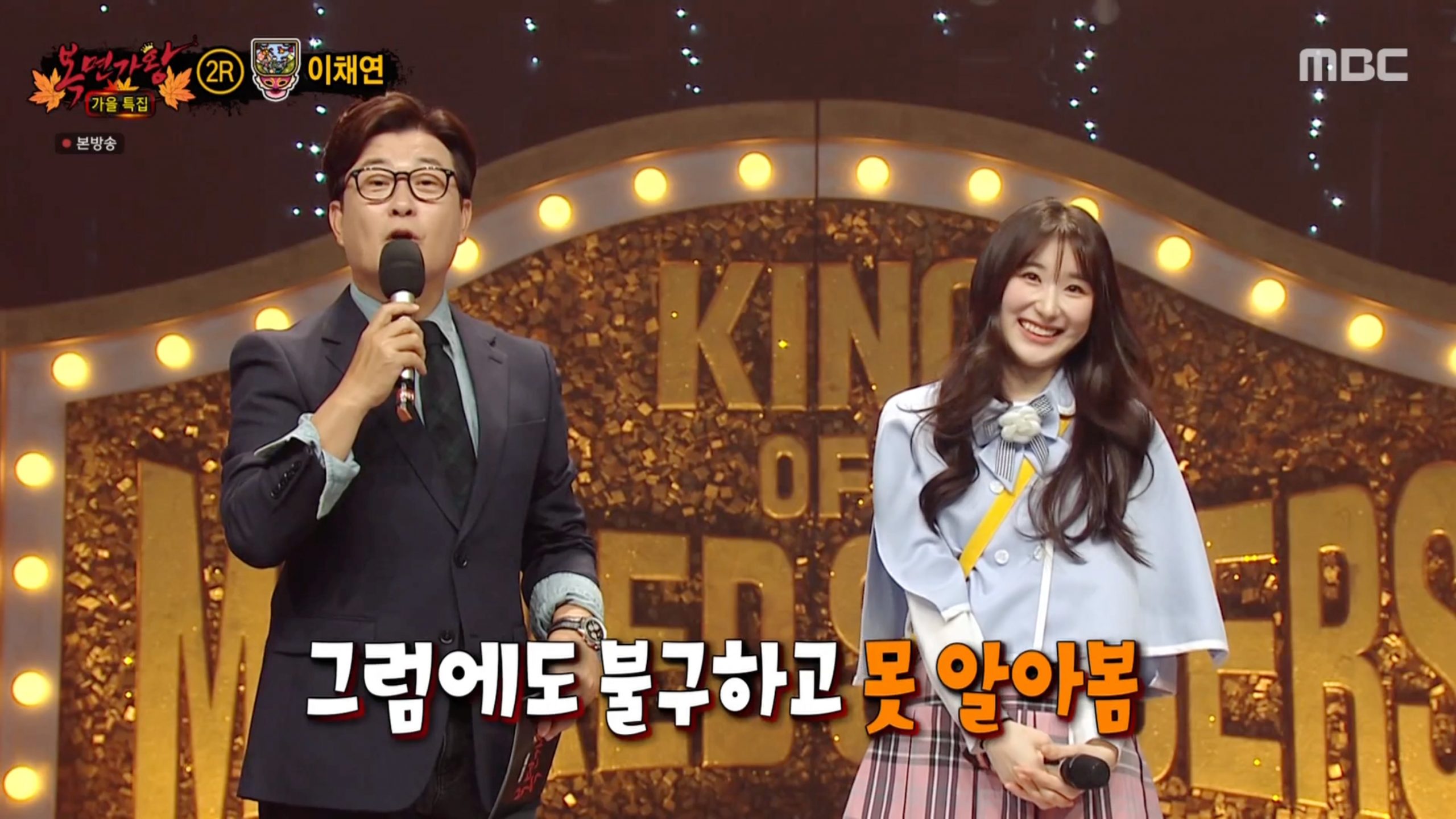 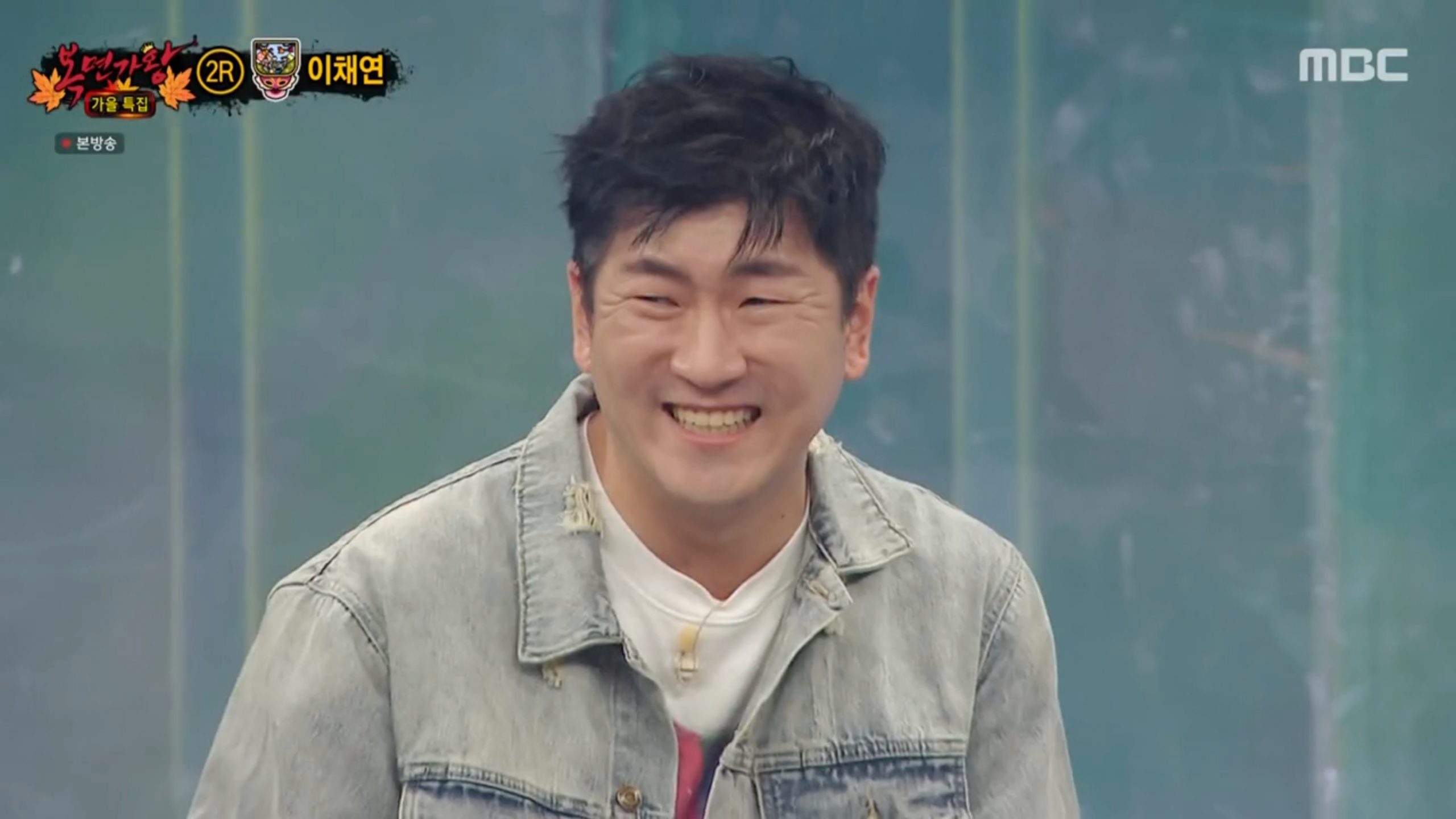 Lee Chae Yeon went on to explain why she had chosen to appear on the show ahead of her solo debut with “QUIET RUSH.”

“Because my image is strongly associated with dance, I think there are many people who are curious about how I would sing,” she noted. “I will work hard to show you a lot of new charms and different sides of myself through my solo debut. Although I am still lacking in many ways, I will try to become a singer who can be a gift [to her fans].” 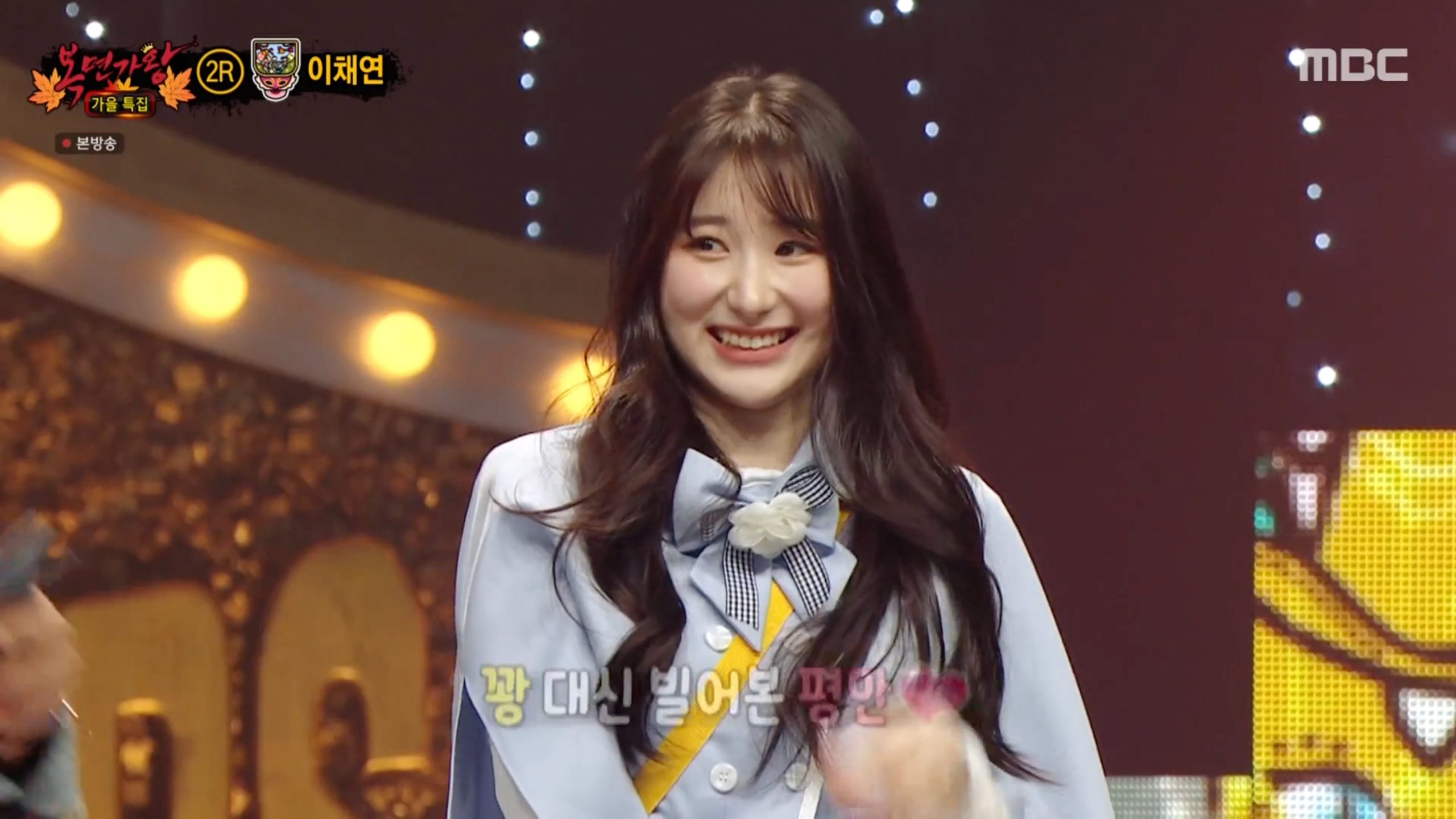 Watch the full episode of “The King of Mask Singer” with English subtitles below!

How does this article make you feel?