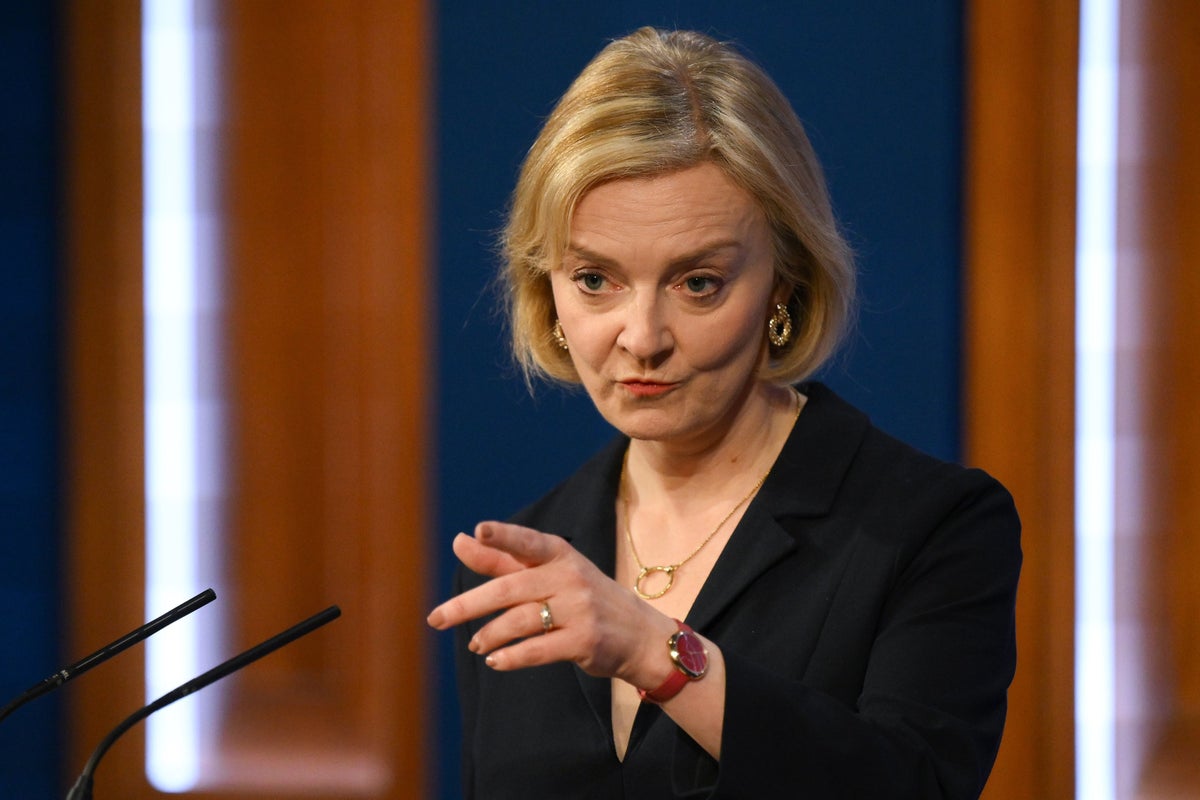 Liz Truss will try to save her Prime Ministership this week, with her fate hanging on market sentiment and her own MPs.

All eyes will be on the market reaction on Monday morning, after prime minister appointed Jeremy Hunt as Chancellor and effectively dropped her economic agenda in an attempt to restore credibility to her ailing administration.

Yet those efforts could come to nothing this week if Tory MPs decide a change of leadership is required, with three members of Ms Truss’s parliamentary party already breaking ranks to call for her to go.

Crispin BluntAndrew Bridgen and Jamie Wallis all called on the prime minister to step down on Sunday, while other senior figures in the parliamentary party expressed deep unease at Ms Truss’s leadership but stopped short of calling for her to go.

Sir. Blunt was the first MP to call for her exit, telling Channel 4’s Andrew Neil Show on Sunday: “I think the game is up and it’s now a question of how the legacy is managed.”

It came at the end of another extraordinary weekend in British politics, in which the US president even Joe Biden intervened to call Mrs Truss’s economic vision a “mistake”.

Amid rumors and plans to install the defeated Rishi Sunak or Ben Wallace as the new leader, Mrs Truss met with her new chancellor at Checkers to draw up a new budget for 31 October.

Hunt, who conducted something of a media blitz on behalf of the prime minister at the weekend, insisted she was still in charge even as he diagnosed the need for a tough package of tax rises and spending cuts to stabilize Britain’s economy.

Penny Mordaunt also offered the Prime Minister her full support, using a piece in the Telegraph to warn that Britain “needs stability, not a soap opera”.

She told colleagues the “national mission” is clear but said it “requires pragmatism and teamwork”.

“It requires that we cooperate with the prime minister and her new chancellor. It needs all of us.”

“She’s listened. She’s changed. She’s been willing to do the hardest thing in politics, which is to change tack,” he said.

“What we want to do is show not just what we want, but how we get there.”

Hunt’s presence was welcomed by many MPs, but many senior figures admitted it was an open question whether the prime minister could still survive the current crisis.

Appearing on Sky News, Tory MP Robert Halfon, chairman of the Commons Education Committee, refused to rule out that MPs are considering installing a new leader.

“We’re all talking to see what can be done about it.”

“Over the last few weeks, the government has looked like libertarian jihadists and treated the whole country like some sort of laboratory mouse,” he said.

Senior Conservative Alicia Kearns also told Times Radio that the question of whether Ms Truss should continue to lead is “incredibly difficult”.

And writing in the Telegraph, former minister Liam Fox called the current situation the “deepest political hole we’ve seen in a generation”.

Stuart Rose, a Tory peer and chairman of Asda, told the Financial Times the Prime Minister was a “busted flush”.

Labor added to the pressure with Sir Keir Starmer calling on the Prime Minister to appear before the Commons on Monday.

The Labor leader stated that Mrs Truss is now “in office but not in power”.

It comes as a new poll, first published in the Guardian, predicted a landslide for Labor and annihilation for the Tories.

The poll, conducted by Opinium for Trades Union Congress and using the MRP method of estimating results at constituency level, put Labor on 411 seats compared to the Tories on 137.

In a sign of how divided the party is, former Culture Secretary Nadine Dorries lashed out at her fellow party members.

“I can’t imagine there is a G7 country that thinks we are worthy of a seat at the table.

“The removal of an electorally successful Prime Minister, the disgraceful plan to remove another of those who didn’t get their way the first time, destabilizes our economy and our reputation,” she tweeted.