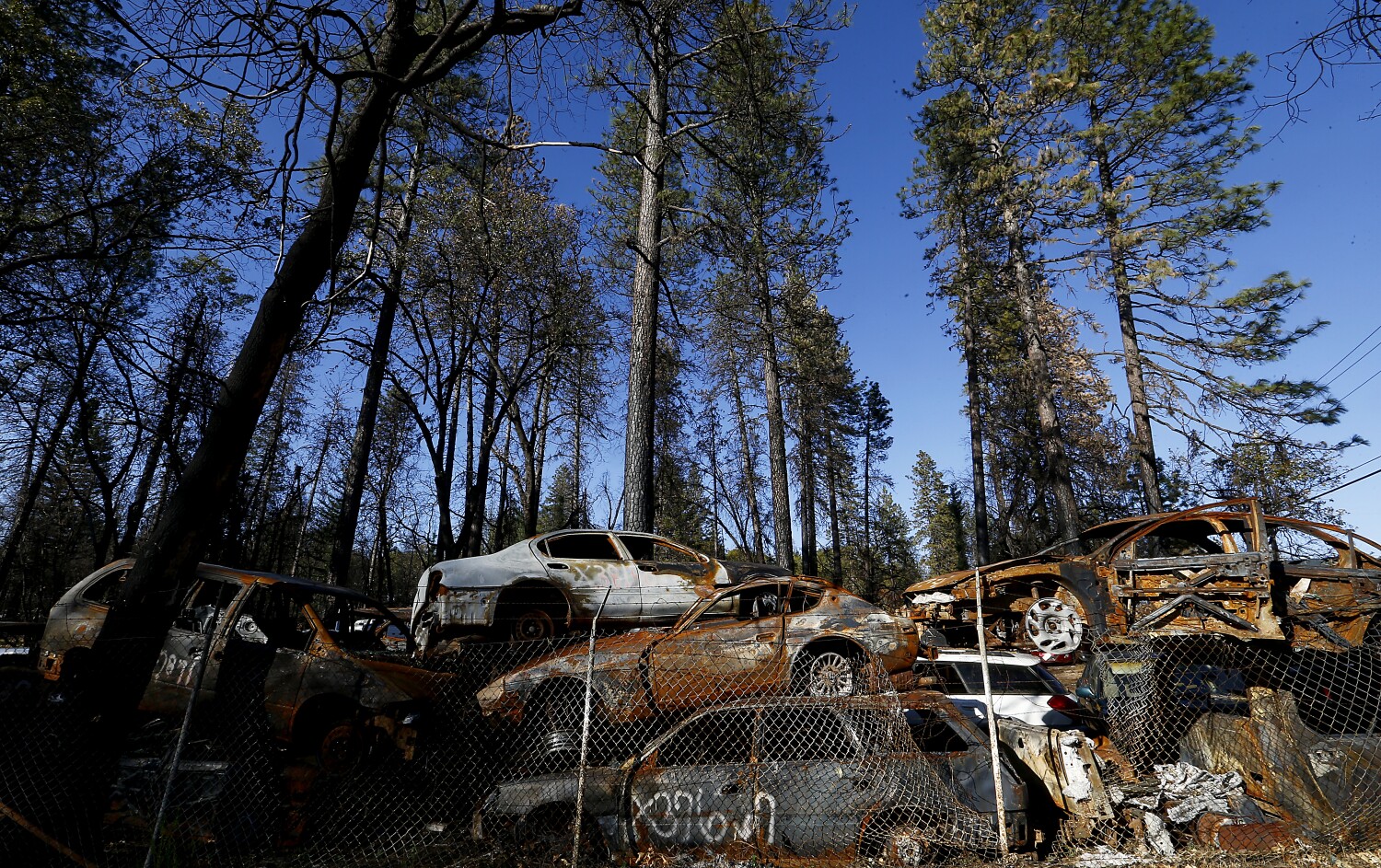 In a sweeping victory for government transparency, an appeals court ruled that the California Public Utilities Commission must comply with state law requiring all agencies to immediately release information to the public.

Defenders said the ruling could bring more accountability to the commission, which has faced criticism for excessive secrecy and ineffectiveness. It regulates businesses that range from utilities to passenger transportation services.

The commission claimed that a century-old law – intended to prevent arbitrary litigation by anti-railroad lords regulations – required people requesting records to go through a complex administrative process before they could sue the agency to force them to release public records.

Citing this section of the Public Utilities Act, the agency has over the years blocked requests for records regarding its handling of disasters such as the Pacific Gas & Electric Company camp fire, the failed Saint Onover nuclear power plant and thousands of collisions and assaults. On Uber and Lyft flights.

But the court flatly rejected the agency’s argument, arguing that the procedures set forth in the Utilities Act “do not apply to the PRA,” or the Public Records Act.

“[T]The court said that the procedural scheme, and specifically the process of rehearing, provided for in the Public Utilities Act, not only differs from, but is in conflict with, the procedural provisions of the PRA and the intention of the legislature to enact them.”

More broadly, the court said that “any administrative process adopted by state and local agencies to deal with records requests “must comply with the language and purpose of the PRA.” It said that if agencies fail to complete their internal reviews within the Records Act deadlines, applicants may request a court review without further delay.

But the court also held that the specific records requested in this case – correspondence between the commission and the governor’s office regarding the devastating 2018 camp fire – were confidential and need not be released.

Citing previous holdings in similar records, the court said the release of the governor’s correspondence with the commission would interfere with government officials’ ability to speak frankly.

David Snyder, executive director of the First Amendment Alliance, a nonpartisan organization that advocates for government transparency, said that although the court found the governor’s correspondence confidential, the ruling was an important progress.

“The decision is a real transparency gain,” said Snyder, whose organization joined the Associated Press and the Center for Investigative Investigation in supporting the lawsuit. They filed a memorandum in the case saying that the commission had a history of “unlawful delays” in responding to requests.

“The court has made clear that the agency’s administrative actions cannot override the Public Records Act, and that an agency like PUC cannot delay processing a public records request indefinitely,” Snyder said.

Terry Prosper, the commission’s director of news and communications, and Christopher Nolan, the attorney representing the agency in the case, did not respond to emails seeking comment.

Steve Zansberg, the Denver attorney who brought the lawsuit on behalf of Sacramento-based television station ABC-10 and its reporter Brandon Reitman, said his clients are pleased that the decision will make it easier for people to seek judicial review in cases where the agency is behind. or refuse their requests.

“No one should wait, as my client did, for months and months to be able to ask a court to review that agency’s decision to deny access to the records,” he said in a statement.

In the words of the court, “The delay that occurred here was awful by all accounts.”

On November 19, 2020, Reitman requested copies of communications between Maribel Batejer, the committee’s chairwoman at the time, and Governor Gavin Newsom’s office regarding the camp fire. The Butte County Fire destroyed 18,000 buildings and killed at least 85 people. PG&E has pleaded guilty to 84 counts of manslaughter and one count of causing a fire.

Reitman was investigating why the agency had waived a $200 million fine against PG&E and whether the governor’s office influenced that decision.

The agency said the records are confidential; Reitman filed an administrative appeal. The court noted that after seven months had passed and the agency had not made a decision, it filed a lawsuit against Reitman.

The agency then sought to dismiss his case because he had not completed its administrative procedures, but the state Supreme Court ordered a review of the case.

The panel has long maintained that those requesting records cannot be sued for failing to comply with the DSA before they are subject to two internal administrative appeals for their claim. As its legal basis, the agency cited a 100-year-old law intended to prevent arbitrary litigation by railroad interests.

But as the lawsuit pointed out, the agency’s appeal system did not provide a deadline, allowing it to postpone its decisions on releasing records indefinitely, despite a PRA requirement that agencies decide within 24 days. In this way, the agency prevented people from having a court independently review their cases, even when their applications were pending with the agency.

The California Public Records Act was enacted in 1968 along the lines of the federal Freedom of Information Act. State law states that “Access to information relating to the conduct of people’s business is a basic and necessary right.”

It says all state agencies “must” determine whether requested records are publishable within 24 days, immediately notify the applicant and release them “on the spot.” It says that if the agency withholds the records, the applicant may request a court review “as soon as possible.”

Voters strengthened the law in 2004 when they overwhelmingly passed Proposition 59, which included similar words in the state constitution.

The commission also has roots in a constitutional amendment backed by voters. The agency was set up in 1879 as the Commission for Railroads, but was corrupted by the Southern Pacific Railroad, says a history written by Commission staff. In 1911, voters following Governor Hiram Johnson’s reform program granted the agency greater autonomy with the intent of insulating it from undue influences. Its authority extended to other facilities, and in 1946 it was renamed.

The agency is led by five commissioners appointed by the governor for a six-year term. They oversee 1,402 employees and a budget of $1.1 billion.

The Commission’s policy on records requests — known as General Order 66-D — states that applicants must complete internal administrative reviews before they can request judicial review of the agency’s withholding of records.

But the Court concluded that just as the Legislature used its “general” power to pass the Public Utilities Act in the early twentieth century, it used the same sweeping power in 1968 to pass the Records Act, which it clearly intended to apply to a committee.

The court declared that “the refugee review authority determines the limits” of the commission’s authority to adopt internal procedures for records requests. She said the agency’s open operation “can’t be squared” with the records law’s tighter timeframe.

“PUC has worked for many years as a black box,” said Snyder of the First Amendment Coalition. “The public has not had the same amount of access to its inner workings. Hopefully this will open the door, at least a little bit, to more transparency and, therefore, more accountability for the Public Utilities Authority.”

Seth Rosenfeld He writes for the San Francisco Public Press, an independent, nonprofit newsroom that produces investigative journalism and solutions. For more of her coverage on this topic, see Dark Hailing ride data. This story was produced in partnership with the McGraw Center for Business Journalism at the City University of New York’s Craig Newmark Graduate School of Journalism. Support has also come from the Fund for Investigative Journalism.