So the government adopted it again. This is the widespread response to the announcement that state pensions and bonuses will rise in line with double-digit inflation next April.

The venerable Institute for Fiscal Studies calls the increase “unsustainable in the long run” while a former senior Treasury official says people at work will have to pay more taxes to fund the pension increase.

The most critical of all was Lord O’Neill, a former Tory minister and one of the BBC’s pet economists. He told Radio 4’s Today program yesterday that “continued protection for pensioners seems ridiculous in itself and, under the circumstances, seems especially crazy.”

It means that with public sector workers demanding a 10 per cent or more salary increase – which the government strongly discourages – it makes no sense to give 12 million retirees such a raise.

Meanwhile, former Tory adviser Kenneth Clark told the BBC the government needed to “protect the poor – stop giving me money to pay my electricity bills”. He was referring to the recent announcement that each pensioner would receive £300 this fall to help escalate gas and electricity charges.

Has the government left its senses, as many parties claim? Is this another example of a dysfunctional administration saying one thing and doing another? No, you did the right thing for once. 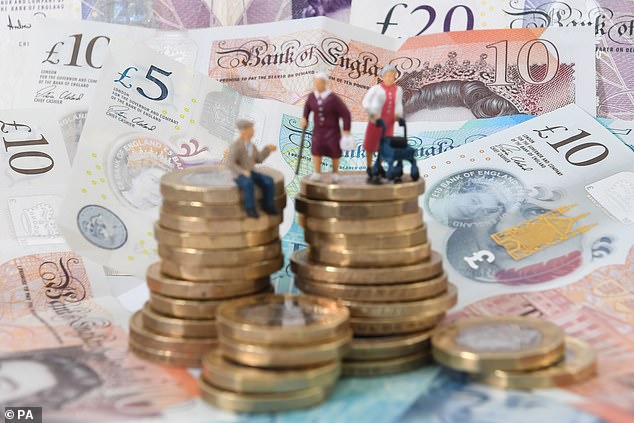 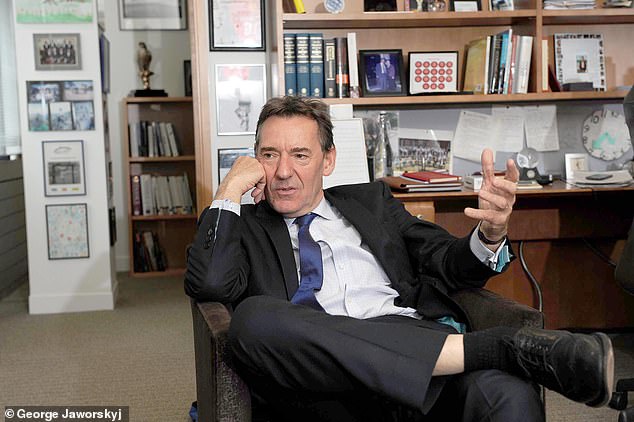 This morning, the former Chancellor of the Exchequer, Lord O’Neill – now a cross-country counterpart – attacked the ministers’ refusal to unlock the tripartite lock.

Although Lord Clarke is less wealthy, he does enjoy an index-linked pension thanks to his long service as a minister, which he can enhance by doing some extra work alongside.

Neither man is remotely dependent on a state pension of less than £10,000 a year. Perhaps they are hardly aware of what it is. If they wish to return next year’s proposed raise to the government, this autumn’s £300 grant, or indeed their entire pension, they are free to do so. It is obviously very easy.

But most retirees are not rich, and many are poor. Recent research indicates that a fifth of adults retired this year plan to rely on the state pension as their main source of income.

According to the Organization for Economic Co-operation and Development (an international organization of 38 developed countries), Britain has one of the largest numbers of retirees living in poverty of any country in Europe.

In the UK, the OECD said the proportion of retirees with incomes below half the average is 15.5 per cent. In Italy the proportion is 11.3 percent, in Germany 9.1 percent, and in France 4.4 percent.

This is not surprising as UK state pensions are one of the lowest in Western Europe. Comparisons are problematic, since pensions in other countries have varying contribution rates, but by most measures we lag significantly behind Germany, Italy, France and Spain.

Lord O’Neill and some journalists give the impression that our retirees have had feathers for years. this is not true. The OECD estimates that in 2017 (the latest year for which figures are presented) we spent slightly less on state pensions as a percentage of GDP than in 2010.

Moreover, in April of this year, state pensions (like other benefits) rose only 3.1 percent, even though inflation was already falling at 9 percent. Thus those who depend on the state pension will be poorer than they were 12 months ago.

What the government is doing is restoring the “triple lock” that it had suspended a few months ago. Introduced in 2010, it guarantees (here you might have to put a wet towel around your head) that the state pension will rise each April depending on whichever is higher: consumer price inflation last September, annual wage growth last July, or 2.5 per cent.

Prior to this April, chancellor Rishi Sunak changed the goalposts. Annual salary rose more than 8 per cent last July, but that was due to the distortions of the Covid virus and the leave system. So pensions and benefits were instead raised by the inflation rate last September.

Now the government is honoring its commitment in its statement by re-adopting the triple lock. What on earth is wrong with that when there are millions of hard-pressed retirees who were forced to settle for an increase last April that was well below the rate of inflation? 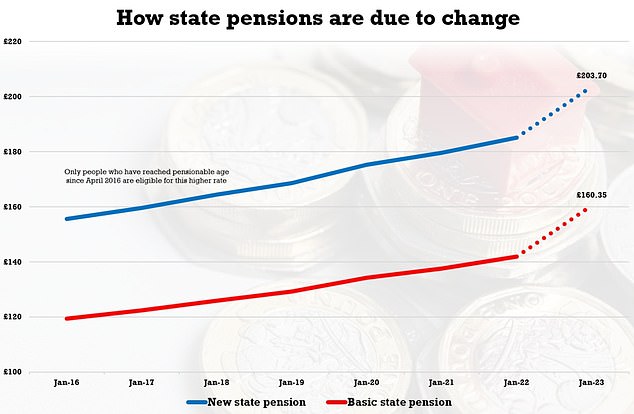 Certainly, a decent society should take care of its older citizens, nearly all of whom have paid taxes and national insurance over many decades. Moreover, they are likely to be more susceptible to the increase in the cost of gas and electricity than young people, who are supposed to be more physically strong.

I’ve heard a lot of nonsense over the past 24 hours about how the government is widening the “generation gap” by increasing pensions in line with inflation. No, she’s just keeping her promises to a group of people who need help. This does not mean that young people do not have their legitimate grip.

Nor does it make sense to compare pensioners, who are likely to get a raise of about 10 per cent next April as inflation continues to rise, with rail workers, who have been told by ministers they should accept less than 10 per cent.

Rail workers earn an average salary of £44,000, according to the government, while the average annual salary of train drivers is £59,000. They are incomparably better off than most pensioners, who, by the way, do not have a rich and powerful trade union defending their interests. 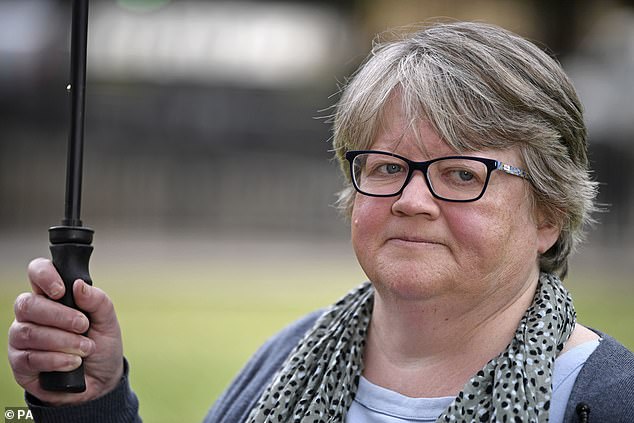 Work and Pensions Secretary Therese Coffey has defended plans to spend billions on a double-digit increase for retirees next year after the Treasury pledged to reinstate its ‘triple lock’ pledge.

It is true that they have an unsympathetic government that comes late to help them. Some skeptics claim that ministers are driven by political calculations because seniors are more likely to vote — and vote for Conservatives.

Somehow I doubt this is a big factor. After all, the government has also pledged to increase all benefits in line with inflation. Nobody is suggesting that it is because welfare recipients support conservatives. I imagine they are more likely to vote for other parties, if at all.

Is it right for benefit holders to receive inflation-related hikes? Given that they are on lower incomes, and therefore more likely to be affected by high inflation than most of us, it is hard to argue against the increase.

But I hope the government will take a closer look at the sheer number of out-of-work claimants, some of whom are able to work if only exposed to a judicious combination of carrot and stick. This is a great challenge that the government has only begun to face with difficulty.

This is for another day. Now, for once, ministers deserve to be congratulated rather than the ritual sedimentation that is poured upon them these days when they open their mouths.

Lords O’Neill and Clark are wrong. Millions of people depend on their government pension, which is relatively meager by international standards. The government is right to ensure that it does not diminish further.