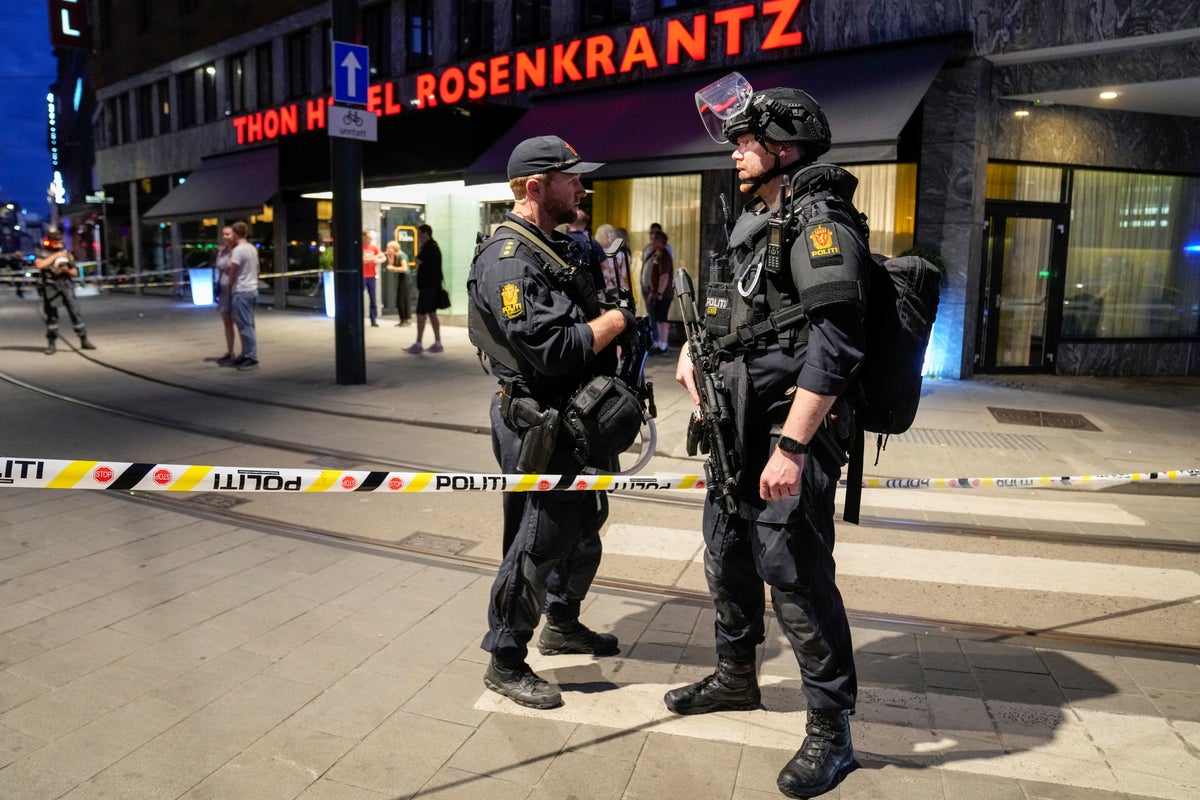 Two people were killed and more than a dozen others were injured in a mass shooting near a gay bar in the Norwegian capital, Oslo, according to police.

The shooter reportedly opened fire directly outside a popular gay pub called The London Pub that extended to a nearby club and streets.

“Two people have been confirmed dead,” Oslo police said in a tweet. Police said about 14 people were taken to hospital, many with serious injuries.

Police told reporters that a suspect believed to be the sole culprit had been arrested. The identity of the suspect has not been revealed.

Pictures published by VG newspaper, broadcaster NRK and others showed a large crowd of emergency responders outside a London pub, including police and ambulance workers.

Helicopters hovered over central Oslo while the sirens of ambulances and police cars were heard across the city.

“I saw a man arrive with a briefcase, he picked up a gun and started shooting,” said journalist Olaf Roenberg of public radio station NRK.

London Pub is located in the center of Oslo and is one of the most famous pubs in the city.

Oslo is scheduled to stage its annual pride parade later on Saturday. But after the shooting, the organizers decided to cancel the march.

The timing of the attack set off alarms that it could have targeted the LGBT+ community ahead of the parade that was supposed to mark 50 years since the decriminalization of homosexuality in Norway.

Norway rarely experiences mass shootings, however, citizens are allowed to possess firearms according to appropriate legal guidelines. Same-sex couples have had the right to marry and have children in the country since 2009.