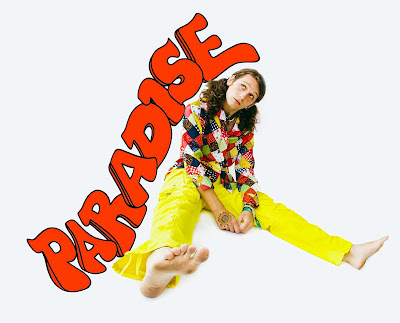 Rising indie rock singer-songwriter Briston Maroney has released a live acoustic video of the current single “Paradise“(look here). Directed by frequent collaborator Joey Brodnaxthe video was recorded at Brooklyn Bowl Nashville – the site of Maroney’s upcoming 2-night Paradise Festivalset to November 3rd + 4th. First announced in July, the festival, conceived and curated by Maroney himself, will be presented in collaboration with local organizations; he will also headline both nights of the weekend (tickets for sale here).

Raised between Knoxville and Florida, and now based in Nashville, TN, Maroney has helped cultivate the city’s young and vibrant alternative/indie music scene. Fans and friends who started singing along to his early songs at house shows can look forward to the unique and festive homecoming that his headlining set at Paradise Festival will be.

Maroney will share the stage with her hand-picked lineup of peers including Indigo DeSouza, Greeting Committee, Sunflower bean, Annie DiRusso, Cece Coakleyand Canvasback labelmates MICHELLE. As shown in today’s “Paradise” video, both nights will feature a photo booth, carnival games and drink specials, while VIP tickets will even allow fans to bowl with the band.

“…confessional, feel-good music that gets to the heart of being human…” – THE LINE WITH THE BEST FIT

“‘Paradise,’ the song, is a fitting example of the type of fun fans can expect at the party… the uplifting pop-rock track envisions a life free of mundanities… Maroney shouts out on the shiny chorus.” – CONSEQUENCE OF SOUND

“Paradise” – out now via Canvasback Music/Atlantic Records (buy/stream the single here) – came to considerable critical acclaim in July with V Magazine declares “The song starts with a bang, a joyous explosion of drums and guitars, and never slows down” and Consequence of sound proclaims, “the uplifting pop-rock track envisions a life free of mundanities… Maroney shouts on the shimmering chorus.” 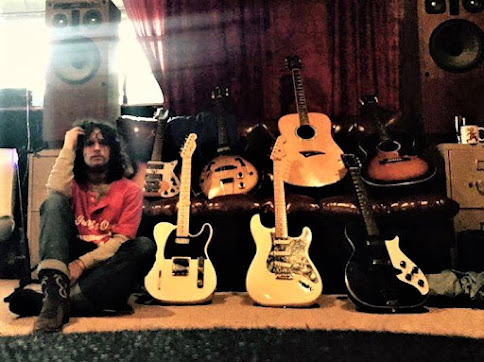 Maroney is currently in the midst of his headline ‘All aboard‘ US fall tour, which includes upcoming stops in Pittsburgh and Toronto and performances at Delaware’s Firefly Festival on September 22n.d and Southern California Ohana Music Festival on October 2n.d.

“What’s better than a new single from Nashville singer, songwriter and guitarist Briston Maroney? Well, a new single, music video and music festival for starters… The new track arrives just in time for summer and drives forward with an unbridled sense of optimism and evokes the very essence of carpe diem… ‘Paradise’ feels like a fitting reminder to live life to the fullest…” – ONE TO SEE

“…one of the most exciting voices in alternative folk-rock… the festival looks to deliver thoughtfully curated tunes and feel-good indie fun… it’s definitely one to mark on the calendar!” “ – NUANCE

Earlier this summer he played a standout set for the crowd at Bonnaroo and Outside Countriesshortly after serving as support on select dates for 2022 tours for both Jack White and Rainbow Kitten Surprise. 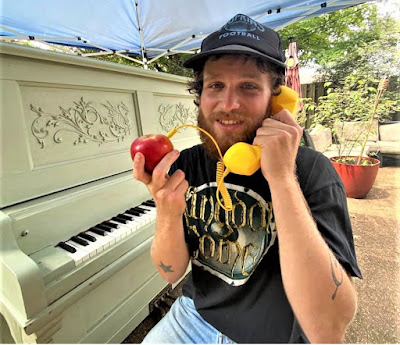 After a childhood spent between Tennessee and Florida, 24-year-old recording artist Briston Maroney landed in Nashville and developed a style steeped in the sweat and scraped sounds of the city’s DIY house parties, winning over fans one living room at a time.

Maroney’s 2018 EP Carnival -his take on the modern coming-of-age story and debut for Canvasback Music/Atlantic Records – amassing millions of streams, highlighted by RIAA-Gold certified track “Freakin’ Out On The Interstate,” and opened the door to tours with Wallows and Liz Cooper. It came out the following year Indianapraised by tracks like “Fool’s Gold” (later featured on fellow Nashvillian Taylor Swift’s wildly popular Apple Music “Playlist by ME!“).

Indiana was met with wide critical acclaim, with PAPER kudos to EP for that “mixture of absolute tension and rising importance” and NPR pats his “fluid guitar pop” and “tight, crunchy romance.” Indiana was ultimately cited on a number of 2019 “Best Of” lists, including Consequence of sound, Vultureand PAPER. At the top of 2020, Maroney released his third EP Miracleushered in by “Chattanooga” and “The Garden”, which Consequence of Sound declared “refreshingly raw.” 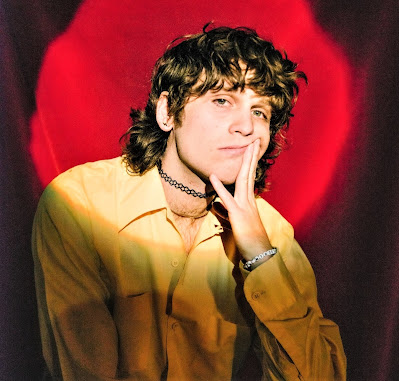 Briston released his debut full-length Sunflower in 2021, which received critical acclaim from Billboard, NME and more, had a sold-out accompanying tour and has amassed more than 40 million streams. Earlier this year, Maroney released Sunflower: DeluxeWhich contains “Bottle rocket” with Manchester Orchestra, as well as a reworking of the album track “Cinnamon” with alt-pop singer-songwriter Genevieve Stokes.