Russia lacks weapons, friends and troops to fight the war in Ukraine and its military operation is becoming increasingly desperate, the head of GCHQ has said.

“We believe that Russia is short of ammunition, it is certainly short of friends and we have seen, because of the declaration of mobilization, that it is short of troops,” Sir Jeremy Fleming said.

However, he said there was no firm evidence yet that Russia would deploy a nuclear weapon in Ukraine. 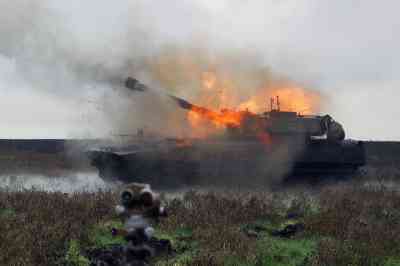 President Putin and senior figures in the Russian military did not behave in an unusual way that could indicate the use of a nuclear weapon was imminent, he said. “They keep within the doctrine which we understand for their use,”