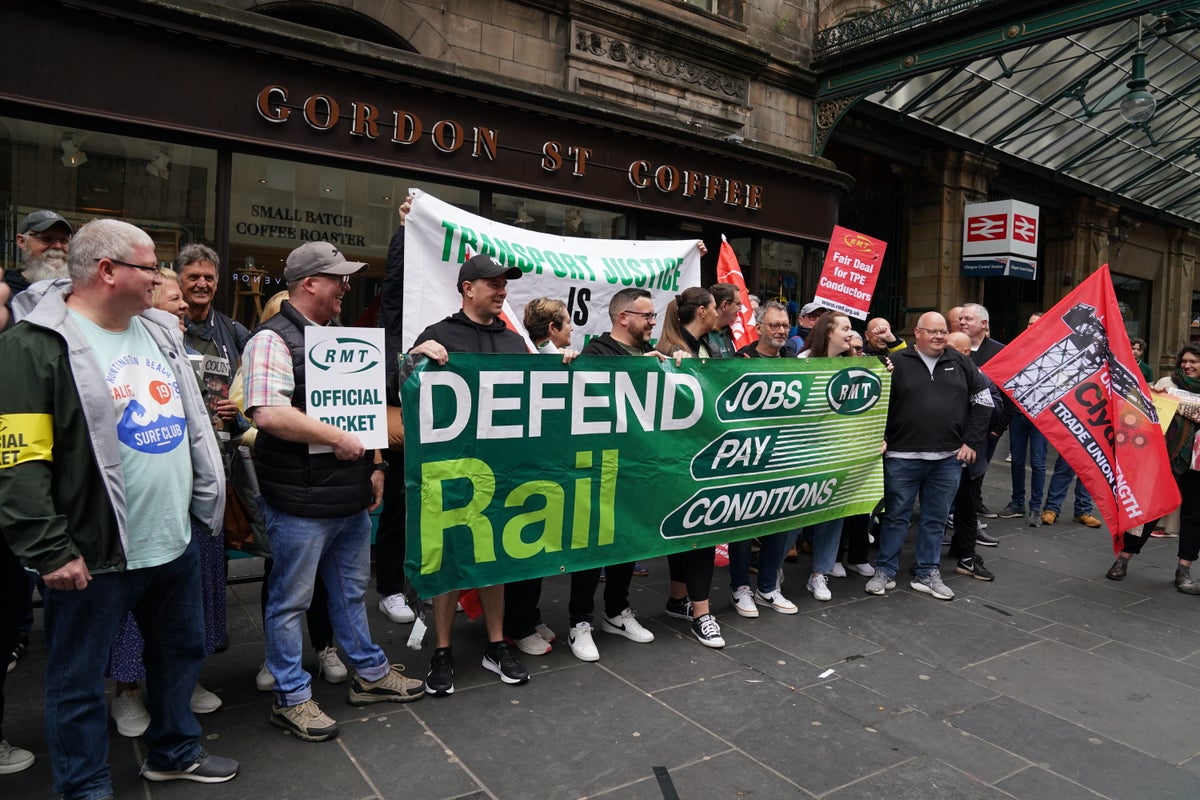 Rain services will continue to be disrupted Friday due to a deadlock over jobs, wages and conditions — causing travel chaos throughout the week.

Members of the Railroad, Navigation and Transportation (RMT) union of Network Rail and 13 train operators went on strike on Tuesday and Thursday, with a third strike scheduled for Saturday.

The disruption will continue on Friday, with only 60% of trains running, mainly due to delays in starting services as signaling staff and control room staff will not turn up on night shifts.

Members of the Asleef drivers’ union in Greater Anglia pulled out on Thursday in a separate dispute over wages.

The Transportation Employees Association is polling hundreds of its members on Network Rail and several train companies for strikes.

Mick Lynch, General Secretary of RMT, said: “Our members are leading the way in advocating for all workers trying to get a pay raise and some job security.

“In the modern economy, workers need proper reward for their work, enjoyment of good conditions and peace of mind that their jobs will not be taken away from them.

“Grant Shapps (the Secretary of Transportation) needs to get in the room or get out of the way so we can negotiate with these companies that we’ve had dozens of deals with previously.

“What we cannot accept is thousands of railway workers being thrown for scrap after being hailed as heroes during Covid.

“RMT will continue its industrial campaign until a negotiated settlement is reached.”

Talks have been held throughout the week, but there are little indications of a breakthrough.

Speaking on the BBC’s Question Time programme, Lynch said, “Companies have told me face to face that they can achieve a guarantee of no involuntary layoffs”, but added that they were “not allowed to”.

“They are not going to write it down on a piece of paper and give it to us as a commitment,” he said, to which Conservative MP Rachel MacLean replied, “No organization can give that guarantee.”

Prime Minister Boris Johnson called the strikes a “terrible idea” and insisted there was “no point in having railways that are ‘largely uneconomic’ to the point where ticket prices are exorbitant for passengers.”

He told reporters traveling with him in Rwanda: “We have to make the railways run economically for the benefit of the railway workers themselves and their families.

“There is no point in having a railway system in this country that is so uneconomic that you have to raise ticket prices and you have to keep more and more people off the railways.

Downing Street said statutory instruments (SI) that are set to change the law to enable companies to supply skilled agency workers to fill employment gaps during the industrial strike, will be put in place on Friday and Monday.