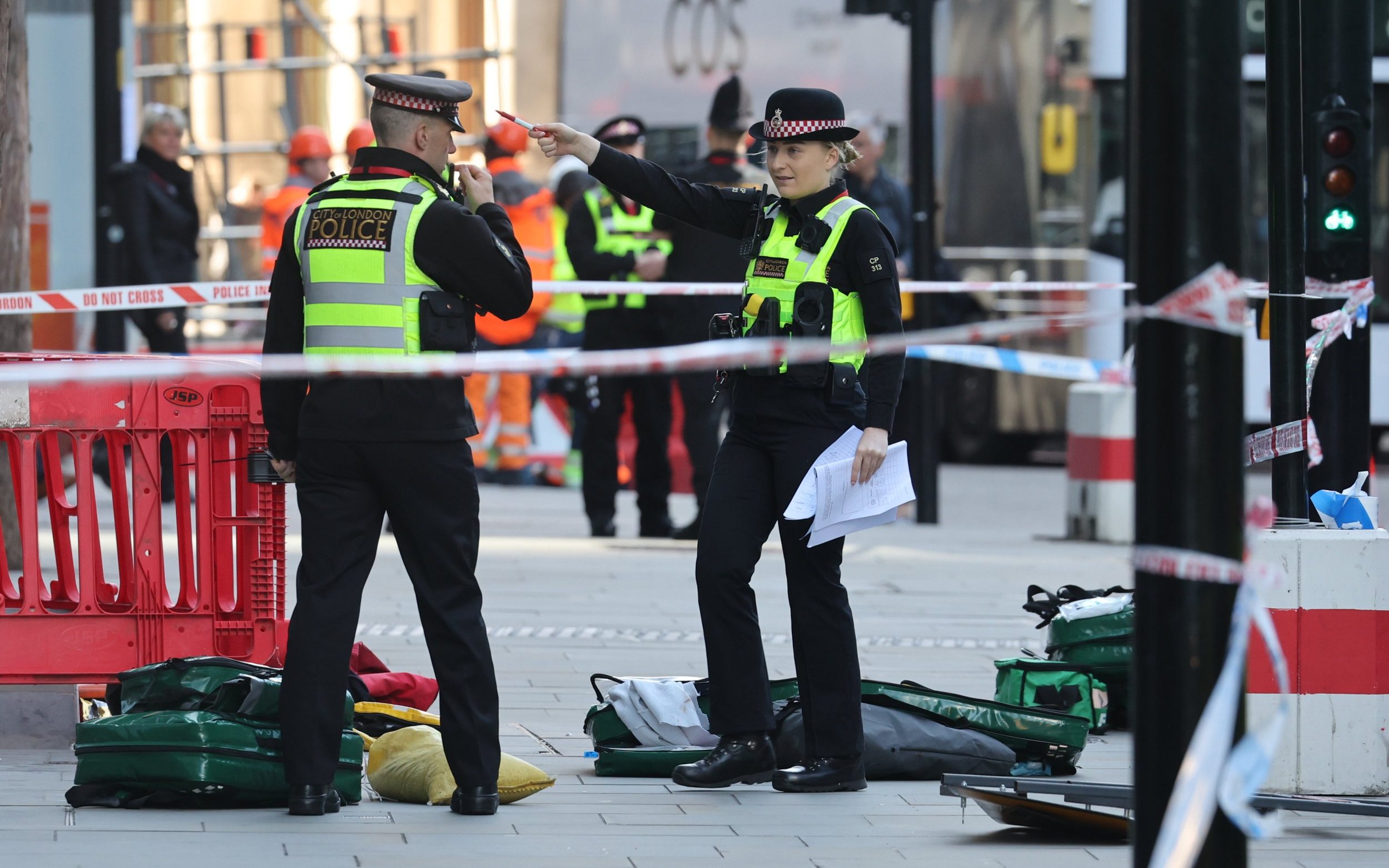 A 25-year-old man has been arrested after three people were stabbed as members of the public tried to intervene in a telephone robbery in central London.

Temporary Detective Inspector Colin Bishop, of the City of London Police’s major crime team, said the man was arrested by detectives investigating “a number of serious offenses linked to the attempted robbery and knife attack” in Bishopsgate last Thursday.

The man is in custody after being arrested in Islington, north London, on Monday morning on suspicion of conspiracy to commit robbery, grievous bodily harm with intent and possession of an offensive weapon.

Witnesses reported seeing a group of two or three masked knifemen attack a pedestrian just before 10am. 10 Bishopsgate.

Members of the public, described as “heroes” by one witness, intervened.

Officers were alerted at 9.46am on Thursday to reports of three stabbings, which left the victims needing treatment in hospital.

The victims did not suffer life-threatening injuries.

The criminal police call for witnesses to come forward.

City of London police previously said the attack was not being treated as terror-related.

Charlotte Wright, 26, an administrator from Colchester who works near the site, said: “I feel a bit scared and scared to come out to get my lunch but also quite safe and secure.

“I know London is a very busy city and I know if something were to happen, unfortunately like the guys who stepped in during this incident, there are heroes willing to do it.”