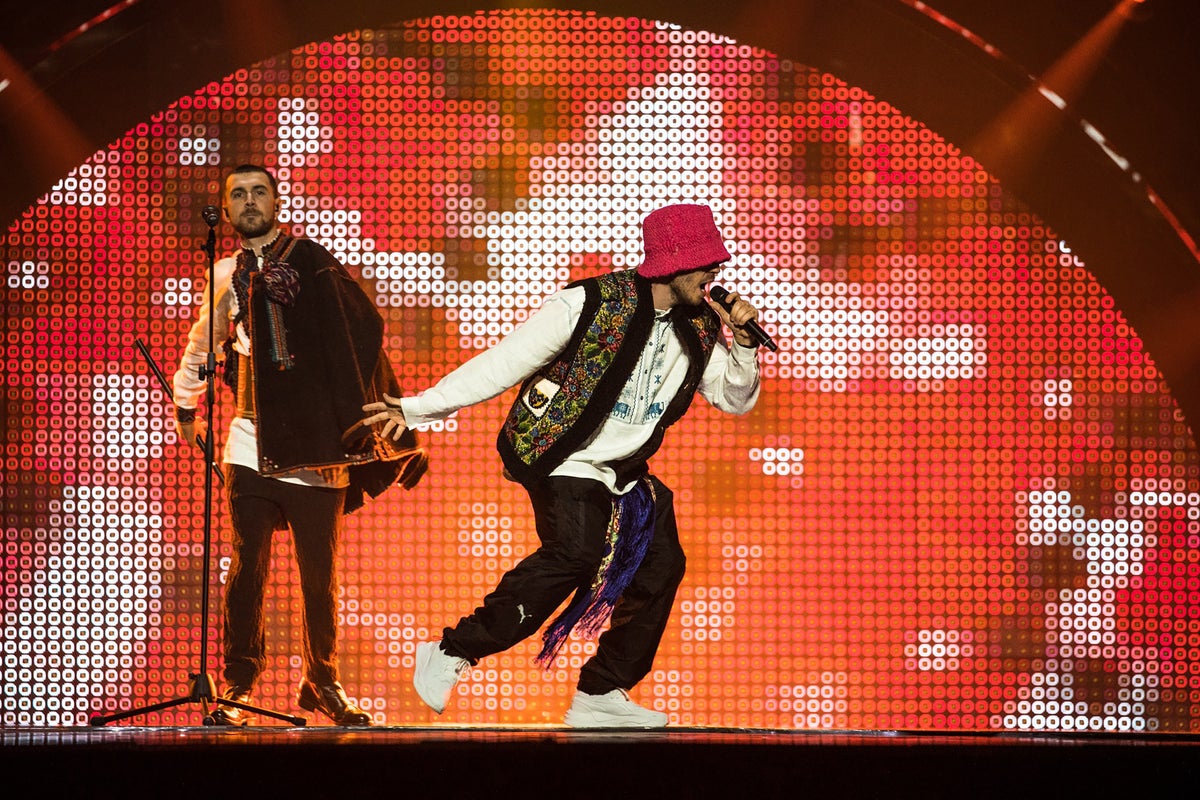 The winners of the urovision Song Contest Kalush Philharmonic are hopeful that Ukraine can host next year’s event, although the organizers have ruled it out.

The European Broadcasting Union (EBU) said Thursday that the “extreme” risk of air strikes in Ukraine combined with the “significant” risk of mass casualties contributed to the decision not to meet the “necessary requirements for hosting” the competition.

People’s group Kalush, who spoke from Glastonbury ahead of their first UK performance since their Eurovision victory in Turin, thanked Prime Minister Boris Johnson for saying the event should take place in Kyiv.

Frontman Oleg Psiuk told the Palestinian Authority News Agency: “Many thanks to Boris (Johnson) for his support and (to all) (who) send their support.

“So far (still) there are a lot of discussions (ongoing) in Ukraine. Perhaps Ukraine will be invited (to host Eurovision).”

“And we absolutely hope that Eurovision will be in Ukraine.”

The BBC is in talks with the European Broadcasting Union over hosting the event, with Britain’s Sam Ryder finishing second to Kaloosh in Italy.

Speaking to RAF reporters Brize Norton after returning from an unannounced visit to Kyiv, Johnson said on Friday he believed it was possible for the competition to continue in Ukraine, despite the ongoing conflict with Russia.

Ukrainians won the Eurovision Song Contest. I know we had a great participation, I know we finished second and I hope to be in this country.”

This comes after the European Broadcasting Union announced that after conducting a “full assessment and feasibility study”, it had concluded that the “security and operational guarantees” required for the competition situation in Ukraine could not be met by the public broadcaster, UA:PBC.

However, the channel issued a statement claiming it was “deprived of the right” to host the competition and called for negotiations on a new site to be postponed.

On Friday, Ukrainian leader Volodymyr Zelensky called Glastonbury the “greatest focus of freedom” during his speech at the festival calling on the world to “spread the truth” about the Russian invasion.