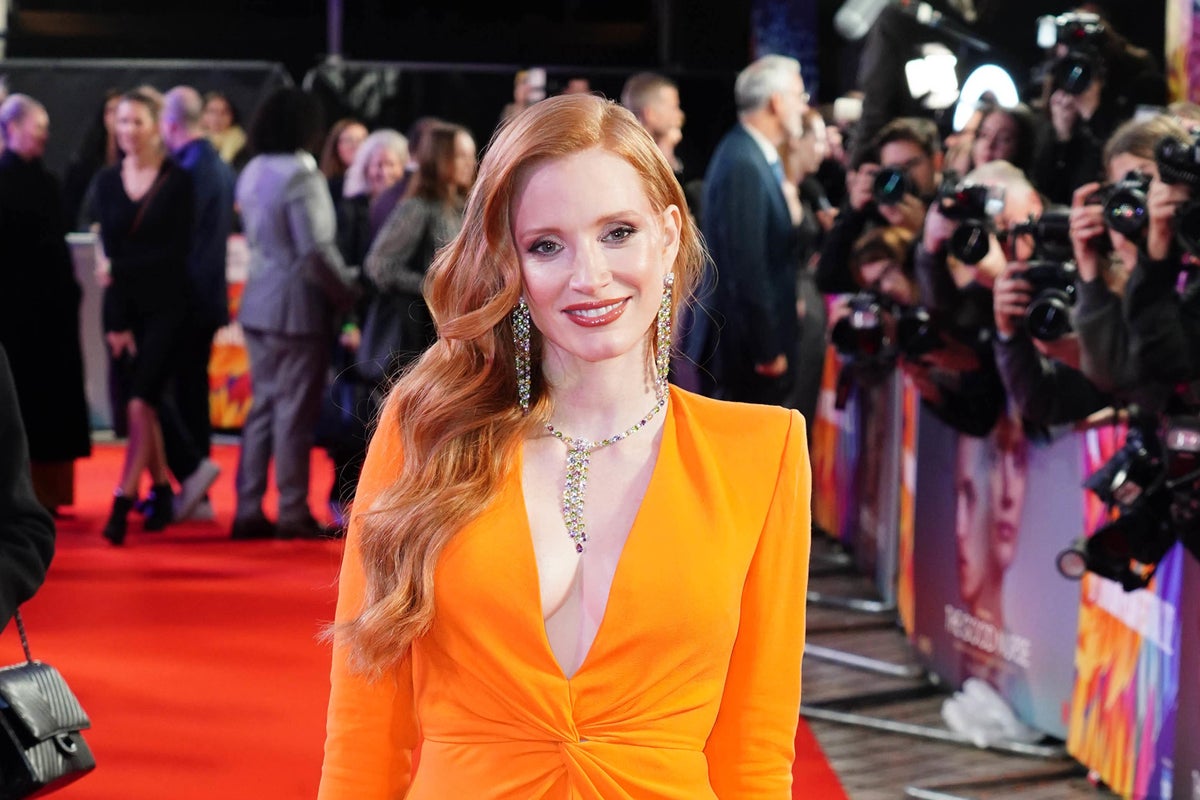 ar winner Jessica Chastainwho plays a nurse in her latest film, said she feels nurses have been “forgotten” after the pandemic.

The American actress, 45, stars in The Good Nurse, which follows the true story of nurse Amy Loughren, who becomes suspicious that her colleague, played by the Oscar winner Eddie Redmayneis responsible for a number of patient deaths.

The crime drama, directed by Tobias Lindholm, tells the story of serial killer Charlie Cullen and is based on the 2013 novel of the same name by Charles Graeber.

At the film’s UK premiere at the BFI London Film Festival, Chastain told the PA news agency that portraying a nurse was a “huge responsibility”.

“It’s a lot of work because you can’t just show up and pretend you’re a nurse, and especially in Tobias’s film, which he really wanted it to feel like it’s happening in the moment, as if you know what you are doing. ,” she said.

“We were surrounded by health professionals, all the extras on set were actually doing it for their profession.

“I think during the pandemic, we would all go outside and clap at seven o’clock, I don’t know what time it was here, but in New York it was seven, to celebrate them and recognize them.

“And it’s important for me to recognize them and thank them because they work really hard to save the lives of our loved ones and we need to recognize that.”

Chastain added that she got involved because she found the film’s message “really exciting”.

“Yes, it’s a true crime, but it’s not one that uses violence to end violence. It uses compassion, humanity and love to end the cycle of violence.

“Amy reminds Charlie that he’s human and that she loves him, he’s not a monster that everyone treats him as, and that’s what’s able to get through,” she said.

Speaking about the nursing lessons they had, 40-year-old Redmayne explained that he was a “very bad nurse”.

“Never come to me in a crisis. Turns out I’m useless. Massive appreciation to nurses,” he told PA.

“What I took away was how much of a polymath you have to be to be a nurse.

“You have to be incredibly skilled, you have to understand the science, the rigorous maths, but you also have to have the physical strength, that’s one of the things that surprised me and Jess.

“Mixed with the emotional intelligence to be the conduit or the empathic kind of intermediary between doctors and families who are most vulnerable.

“So that skill set to have all of those things is pretty outstanding.”

Amy Loughren, who Chastain plays in the film, explained how she initially did not want the film to be made.

She told PA: “Part of the reason I didn’t want to be involved in the film was that it’s such a gruesome subject and people these days are just so fascinated by serial killers and I don’t know why and i just did.don’t want it.

“When I realized it wasn’t going to be that type of film, I got excited.

When she heard Chastain play her, she added, “I had to sit down like it knocked the wind out of me. I really thought it was a joke. There’s no way Jessica Chastain is going to play me because she was my choice and I was told ‘No way’.

“We talked a lot about who I used to be, not who I am, and I think she channels that beautifully. She’s a better Amy than I could ever have been.”

The good nurse will be released on Netflix in October.