(C) 2021 by Rych McCain, all rights reserved. No part of this column may be reprinted, republished, or copied without written permission from Rych McCain Media/Syndication. The violation is subject to
Applicable Laws

This blog has been ranked 9th in the Top 20 Hollywood Blogs by FeedSpot.com’s huge global database

Posts from this blog also work on ExpertClick.
com News Release Wire Service to news outlets around the world

Both formats feature a new version reworked from 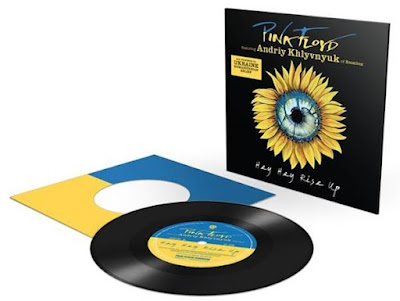 Pink Floyd will release two physical copies of the first newly recorded music in over 25 years, “Hey Hey Rise Up”. 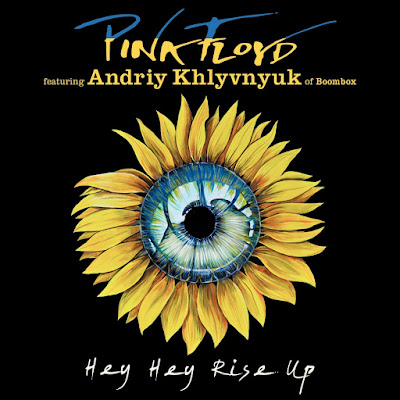 The single, which was initially released digitally in April in support of the people of Ukraine and was #1 in 27 countries, will be available on 7-inch CD and CD. Both formats will also contain a newly modified version of ‘A Great Day For Freedom“ Taken from the band’s 1994 album, The Division Bell. The single will be available on July 15 (except for Japan – released on August 3 – and USA, Canada, Australia and Mexico – released on October 21).

When the track was first recorded at the end of March, Andrey, who left his band’s US tour to go home and fight for his country, was in a hospital bed in Kyiv recovering from a shrapnel injury. Proceeds from the physical issuance and ongoing digital proceeds will go to humanitarian relief in Ukraine. 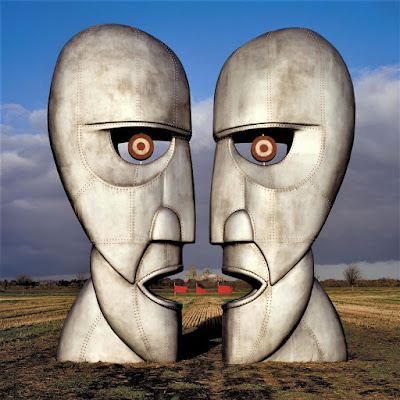 For this limited edition, David Gilmore revisited The Division Bell’s track “A Great Day For Freedom,” and has reworked the song using original tapes featuring Nick Mason on drums and Richard Wright on keyboards, along with vocals from Sam Brown, Claudia Fontaine and Dorga McBroom. Gilmore composed the song with lyrics by himself and Polly Samson. Speaking about the song in 1994, Gilmore said, “There was a wonderful moment of optimism when the Berlin Wall fell – the liberation of Eastern Europe from the undemocratic side of the socialist system. But what they have now doesn’t look much better. Again, I’m somewhat pessimistic about everything. I kind of wish and live in hope, but I tend to think that history moves at a much slower pace than we think. I feel like real change takes way too long. “

Talking about the inspiration for “Hey Hey Rise Up,” Gilmour commented:Any war, but especially a war waged by a world superpower against an independent democratic state, must stir up enormous anger and frustration in one. Like I said before, I have a little connection there; My son’s wife is from Ukraine. And the Boombox band are Ukrainian people I already knew, not very well, but some time ago. It is very difficult, frustrating and infuriating for a human being to have the ability to go to another independent democratic country and start killing the population. It’s just too obscene to my faith.“

The artwork for the track “The Sunflower Look” features a painting of the national flower of Ukraine with a touch by Cuban artist Yusan Leon. The wrapper is a direct reference to the woman who has been seen around the world giving sunflower seeds to Russian soldiers and telling them to carry them in their pockets, so that the sunflowers would grow when they died.

(You are she did Hear it from me!)

The button at the top right of this page is now open. Please hit her!