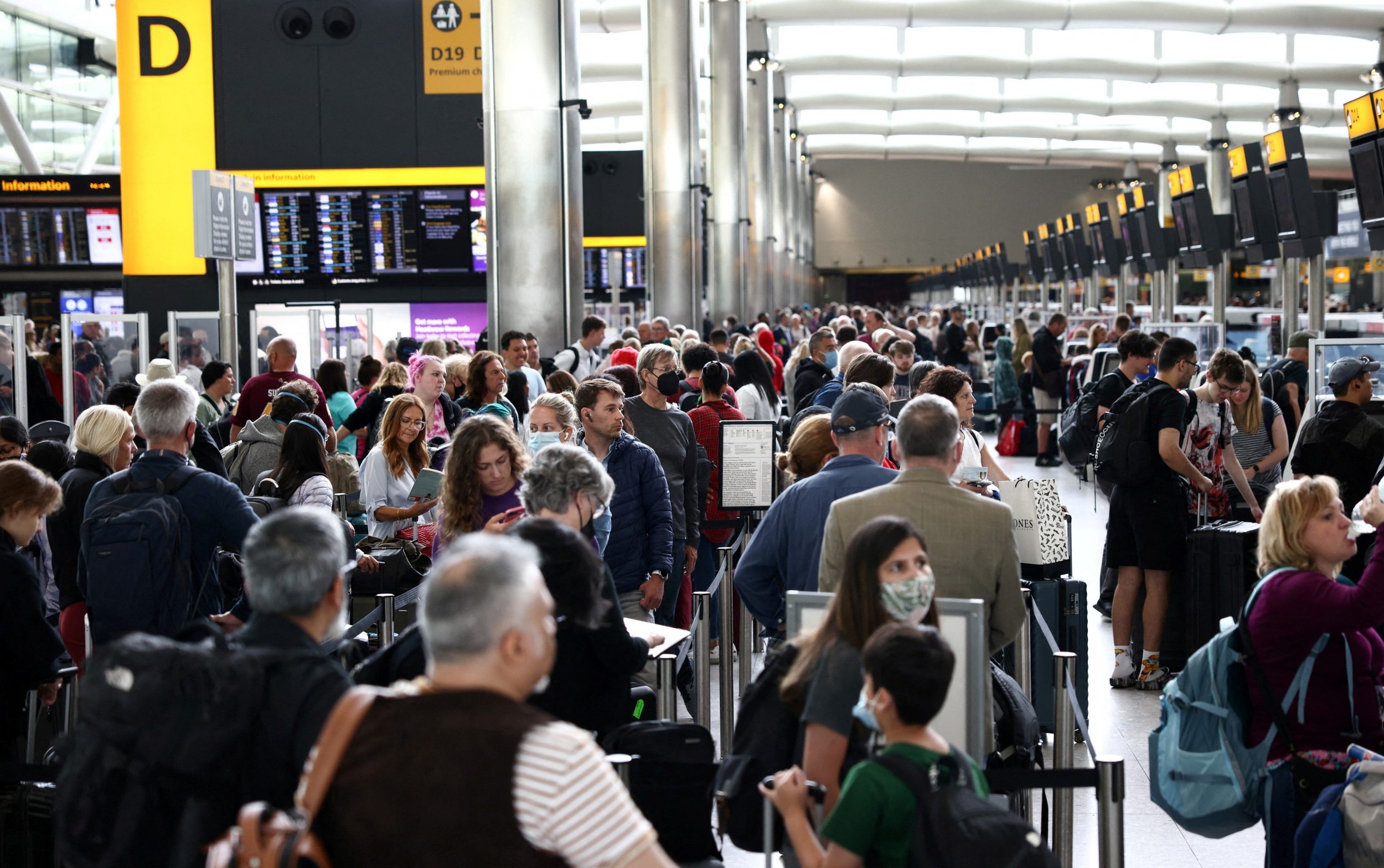 Heathrow is in talks with airlines to bring back passenger restrictions over Christmas as bosses battle to avoid a repeat of summer travel chaos.

In a move that will reduce the number of flights and force up ticket prices, the airport has proposed implementing “a seat factor cap” on the busiest days of the Christmas period, according to industry sources.

The restrictions are designed to prevent Britain’s busiest airport from being overwhelmed over the festive period.

The plans are being considered by Heathrow’s airlines, including British Airways and Virgin Atlantic.

“This will have a significant impact on consumer choice and airline finances,” said a person involved in the talks.

Heathrow took the “difficult decision” to impose a daily cap of 100,000 passengers a day earlier this year as the airport and its airlines struggled with staff shortages.

Both sides blamed each other for the debacle suffered by the passengers a large number of cancellations, long queues and delays at airports up and down the UK.

The passenger restrictions at Heathrow are to be removed at the end of this month as the airport enters the typically quieter winter months.

But the airport warned that the problems could flare up again in December.

Heathrow said “a new wave of Covid and the escalating situation in Ukraine” dampened demand for air travel.

“However, we expect peak days over Christmas to be very busy,” it said. “We are working with our airline partners to develop a more targeted mechanism that protects passenger service during peak periods.”

Airlines remain concerned about staffing levels at the airport. Earlier this year John Holland-Kaye, Heathrow’s chief executive, warned that staffing problems across the aviation sector could extend into the summer of 2023.

A source said: “[Heathrow’s] under-resourcing and slow build-up of security staff mean their security operations have not met any of the performance targets set by the CAA since April, with passengers still experiencing long queue times in October.

“[Heathrow] are clearly concerned that this will continue until the end of the year and that the Christmas peak will be a particular challenge for them. As such, they have proposed to the airlines that a seat factor ceiling be set for the high days of the Christmas period. The airlines are currently considering their response to [Heathrow’s] proposals.”

Heathrow said: “Resource levels at the airport, the airlines and their ground operations have increased.”

A Heathrow spokesman added: “We are removing the cap that was in place over the summer and are discussing with airlines a number of more targeted options to proactively manage peak days over the winter if necessary.

“Heathrow’s priority is to ensure passengers receive a good service and we encourage airlines to work with us to develop an approach to achieve this.”

Holland-Kaye said: “Heathrow has grown more in the last 12 months than any other airport in Europe and we have delivered a fantastic passenger experience for the vast majority of travellers. I am proud of the way our team has worked with airlines and their ground handling operators on to successfully move 18 million passengers away during the summer.

“While we face many financial headwinds, as well as the legacy of Covid, our aim is to return to full capacity and the world-class service people should expect from the UK’s hub airport as soon as possible.”