A gay Vodafone store worker has won £30,000 in compensation after her male manager asked her ‘how do lesbians have sex?’.

The young woman – who cannot be named for legal reasons – sued her former employers after they asked ‘explicit sexual questions’ and ‘humiliated’ her.

On one occasion, her manager at the franchise phone store told her she ‘looked like a normal chick to me’, which she said implied that being gay was ‘abnormal’.

The woman eventually quit her job and has now successfully sued for gender discrimination and victimization.

An employment tribunal held in Glasgow heard that the victim was employed as a sales assistant for a Vodafone franchise called Thistle Communications Ltd.

The woman – known only as Mrs C – told the hearing that in the three months after joining she endured a series of comments from colleagues at the Vodafone store in a Scottish town about her sexual orientation.

In one incident, she said senior manager Bilal Shahid – known as Billy – asked her ‘So how do lesbians have sex? I’m fascinated,’ the court heard. 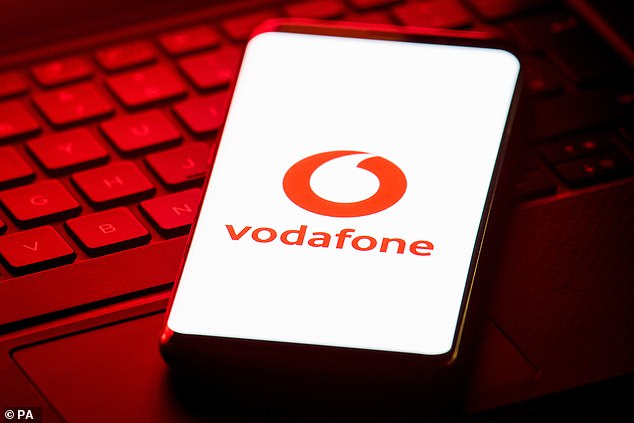 The woman said: ‘I told him I didn’t want to answer that question and he asked me again after a customer left.’

Another manager, Matthew Graham, made the ‘normal bitch’ comment and was also heard saying ‘that’s a waste’ when referring to a gay woman, the panel was told.

Ms C told the tribunal that Mr Shahid told her: ‘I mean, I think it’s great you’re a lesbian, but I can’t imagine having this conversation with a gay guy.’

In a separate conversation, the court heard, Mr Graham asked “what is a professional?” and added: ‘Love who you want to love, but when it comes to affecting my child, I don’t think LGBT should be taught in schools.’

He also allegedly told the woman that she was not ‘financially driven’ because she had no children.

Ms C told the hearing that the franchise company ‘chose not to reprimand or abolish ‘that kind of terminology or behaviour’.

She complained before falling ill, citing stress caused by the job, and later resigned.

C told the court: ‘I don’t think so [her employers] have taken seriously the damage this has done to my mental health.

‘I do not feel comfortable returning to an environment that humiliated me, alienated me and has forced me to seek counselling. 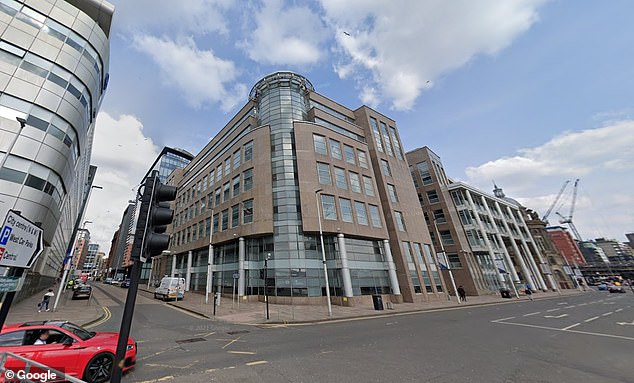 An employment tribunal awarded the woman £25,000 for emotional distress, £1,100 for financial loss and £2,600 for failing to comply with approved workplace procedures. Pictured: Glasgow Tribunals Centre

‘This has cost me months of my life.

‘I have endured those comments from start to finish in that employment and it has made me feel like irreparable damage has been done, I have never been humiliated like that.

‘Being asked to describe the inner workings of my sexual orientation to a grown man while he smiles at me when he asks was so unsettling and I’ve never been so oversexualized in my personal or professional life.

‘No other woman was asked about it or subjected to the comments about their orientation, only me because I’m gay. I don’t think I’ll ever feel safe or comfortable enough now to reveal my sexuality to another employer.’

Before becoming ill, Mrs C had emailed Vodafone Group’s LGBT email address to highlight her concerns, before emailing chief executive Michael McDade to tell him about ‘homophobic comments’ and other ‘inappropriate behaviour’.

McDade responded to her email saying, ‘100 percent, I want to get to the bottom of this.’

Mrs C took sick leave two months after starting in the role and remained off for several weeks before resigning from her position after working at the store for 15 weeks, the tribunal heard.

She then sued the company for sexual discrimination, harassment and unfair dismissal.

The Labor Court ruled that being asked about her sex life was discrimination and that she had been subjected to harassment because of her gender and sexual orientation.

But her unfair dismissal claim failed as she had not been employed long enough.

Employment judge Ian McPherson said: ‘It is hoped that lessons have been learned… about the importance of industrial relations in the workplace, the need to avoid discrimination, bullying and harassment in the workplace.

‘It seems to us that there are many issues with this matter and what support, if any, the franchisor provides to employees of franchisees in terms of LGBT+ support.’

Thistle Communications Ltd was ordered to pay a total of £30,000 in compensation to Mrs C.

The award included £25,000 for injury to feelings, £1,100 for financial loss and £2,600 for the company’s failure to comply with approved workplace procedures.

Since the lawsuit was filed, Thistle Communications Ltd has gone into liquidation.