With the trade deadline getting closer (Wednesday 7:30pm EDT), virtually every club has made a move to try and bolster its short or long-term prospects.

Stars have shifted clubs, more stars are set to do the same and draft hands have been boosted significantly or stripped bare.

Here’s what every club has done in the 2022 trade period so far – and what’s left.

Watch Trading Day every weeknight from 6pm EST on Fox Footy – daily news and analysis of the AFL trade period. Stream it live or on-demand on Kayo. New to Kayo? Start your free trial now >

Summary: It took some time, but Adelaide ultimately got its man in Izak Rankine, signing him to a three-year deal and effectively giving up pick No.5 and a future third-rounder for him. It’s a marquee signing for the Crows and one that will come with expectation for Rankine, but a career-best season in 2022 has him primed for 2023 and beyond. Billy Frampton will likely get to Collingwood too. Matt Crouch is open to a move elsewhere but there isn’t overwhelming desire from rivals.

GOT second-round compensation pick (as of the move, No.35) for Daniel McStay to Collingwood

GOT pick No.21 and the Giants’ second-round selection – GAVE AWAY pick No.15

Summary: The Lions are in the midst of a delicate balancing act, trying to get Josh Dunkley to the club while also being able to retain enough draft points to match bids for Will Ashcroft and Jaspa Fletcher. Dunkley will likely require two first-round picks to get done, albeit they will be at the backend given the Lions’ ladder position. Tom Berry’s departure helped them bolster their draft hand and they’ll trade for Jack Gunston now that the free agency period is shut.

GOT third-round compensation pick (currently No.49) for Liam Jones to Western Bulldogs

GOT future fourth-round selection – GAVE AWAY Will Setterfield and pick No.68

Summary: It’s a shrewd bit of trading for the Blues to get a player they desperately needed in exchange for a relatively low pick. Blake Acres might not be a name that will get the turnstiles pumping, but he’s someone who is a significant upgrade to the Blues’ wing brigade, bolstering an area that needed bolstering. Will Setterfield will continue his career at Essendon after a trade was done, which means Paddy Dow’s future should be safe at the Blues for now.

GOT Bobby Hill and pick No.40 – GAVE AWAY pick No.43 and a future second-round selection

GOT Daniel McStay as an unrestricted free agent

Summary: Collingwood are key players in this year’s trade period, with much revolving around their moves. They’ve ticked off two deals already with Bobby Hill and Daniel McStay, but the big name remains Brodie Grundy. He’s expected to get to Melbourne but both sides are haggling over his worth at the trade table. Once Grundy is moved on, the Pies can then turn their attention to bolstering their midfield brigade. They are set to bring in Brayden Fiorini from the Suns, while Tom Mitchell is another who has expressed interest in a move away from Hawthorn and could get there. Billy Frampton rounds out the list of players who would like to get to the Pies.

GOT Will Setterfield and pick No.68 – GAVE future fourth-round selection

Summary: List manager Adrian Dodoro admitted at the start of the trade period the side was behind the eight ball from a trade perspective given how late their appointment of a senior coach was. They went hard at Jack Bowes and pick No.7 from the Suns, but ultimately he picked Geelong. They have secured Will Setterfield for very little at the trade table, so they have a chance to bolster their midfield in 2023, moving him from his position on the wing at Carlton. There’s not much else that the Bombers are linked to barring a trade for Aaron Francis, which will likely be for either a future third or fourth-round pick. They were interested in Toby Bedford and Bobby Hill over the last 12 months, but they’ve both opted to play elsewhere.

Summary: Fremantle got its man in Luke Jackson, giving up two first-round picks and a future second. It’s a big price, but he should have plenty of time to prove it was worth it. With a deal for Jackson now done, Rory Lobb will look to be traded to the Western Bulldogs despite having a year to run on his existing contract with the Dockers. The Dockers have played hard-ball on Lobb, but with Jackson arriving it will now likely be a different story. They brought in out-of-favour Suns key position player Josh Corbett and traded out Blake Acres, Griffin Logue and Darcy Tucker, bolstering their 2023 draft hand as a result. Jeremy Sharp could still come across from Gold Coast.

GOT Tanner Bruhn – GAVE AWAY first-round pick (currently No.18)

Summary: The Cats keep on getting better even after a premiership win. They’ve brought in Tanner Bruhn, are expected to bring in Jack Bowes and pick No.7 and are locked in negotiations over Ollie Henry. They could theoretically start 2023 with four new top-20 picks on their list. They’re in great touch as things stand. Esava Ratugolea wants to be traded to Port Adelaide, but the Power have their hands full trying to do deals for both Jason Horne-Francis and Junior Rioli.

GOT Ben Long and a future fourth-round selection – GAVE AWAY pick No.32

GOT future-fourth round selection – GAVE AWAY Josh Corbett

Summary: The Suns’ decision to trade Jack Bowes along with pick No.7 is odd on the surface, but the club insists it is clearing space to get its player payment scheme in good order and hopes to attract big names in the years ahead. Bowes’ heavily-backended contract and irregular spot in the senior side means the Suns want to move him on. Josh Corbett is another who has left for more opportunity elsewhere at Fremantle, while Jeremy Sharp may join him there. Tom Berry comes in for a small price.

GOT pick No.43 and a future second-round selection – GAVE AWAY Bobby Hill and pick No.40

GOT pick No.15 – GAVE AWAY pick No.21 and a future second-round selection

GOT pick No.18 – GAVE AWAY Tanner Bruhn

GOT Toby Bedford – GAVE AWAY pick No.44

Summary: It has been a busy trade period for the Giants and they have an absolutely stacked draft hand to show for it. They’ve used it to trade up to pick 1, likely targeting key forward Aaron Cadman, and they still have another few first-round picks to use. Toby Bedford will come in and try fill the small forward void left by Bobby Hill. They’ve lost a fair bit of talent to rival clubs and Jacob Hopper still needs to get to Richmond, but they are going through a mini-reset under new coach Adam Kingsley. Perhaps surprisingly then they’re interested in 28-year-old Hawks midfielder Jaeger O’Meara.

GOT Karl Amon as an unrestricted free agent

Summary: The Hawks have played things very low-key this trade period as they look to take their hand to the draft. Karl Amon is a savvy bit of recruiting given he’s an unrestricted free agent. Tom Mitchell could be playing at Collingwood in 2023, and Jaeger O’Meara could head to GWS, while Jack Gunston will get to Brisbane by the end of the trade period. All of that will bolster Hawthorn’s draft hand.

GOT third-round compensation pick (as of the move, No.52) – GAVE AWAY Jayden Hunt as an unrestricted free agent

GOT pick No.44 (on-traded to Fremantle) – GAVE AWAY Toby Bedford

Summary: The Dees are shifting one key position player out in exchange for another effectively, with Luke Jackson’s absence to be softened by the arrival of Brodie Grundy. They’ve got a great draft hand this year and next year as a result and probably an upgrade in the ruck brigade from a short-term point of view. Jayden Hunt wanted more senior game time and gets it at the Eagles. Toby Bedford is a loss given how he has been building, but they used the pick as part of a Jackson deal so it wasn’t for naught.

Summary: Last year’s pick 1 and this year’s pick 1 are gone, in one of the biggest deals in AFL history, with picks 2 and 3 plus a future first coming in return. It’s a massive gamble for the Kangaroos but they have more shots at the draft-board now. One of those picks 2 or 3 will be used to replace Jason Horne-Francis after his requested trade back to South Australia was completed. North Melbourne used the two assistance package picks from the AFL to get Griffin Logue and Darcy Tucker to the club.

GOT second-round compensation pick (as of the move, No.27) – GAVE AWAY Karl Amon as an unrestricted free agent

Summary: What a move. Port Adelaide gets a gem for the next decade as South Australian Jason Horne-Francis comes home, plus the exciting Junior Rioli from West Coast, sacrificing this year’s and next year’s draft in the process. It’s a win-now move for sure. They might not be done yet with interest in Geelong’s Esava Ratugolea.

Summary: The Tigers paid up for Tim Taranto and are set to for Jacob Hopper, but it’s draft capital well spent given the formidable midfield the side will boast heading into 2023. The Tigers’ engine room looked thin at times this season and the Giants duo directly address that need.

GOT Zaine Cordy as an unrestricted free agent

GOT pick No.32 – GAVE AWAY Ben Long and a future fourth-round selection

Summary: It’s a quiet trade period for St Kilda after missing out on Jordan De Goey. They’ve brought in Zaine Cordy as an unrestricted free agent and gained a higher draft pick with the departure of Ben Long to Gold Coast. The Saints won’t do much else, in order to preserve their draft hand after several years of going hard at the trade period.

Summary: It’s a very quiet trade period for the Swans. They’re in talks with Essendon about Aaron Francis and bringing him across. Other than that, nothing to see here.

GOT Jayden Hunt as an unrestricted free agent

Summary: Getting involved in the mega-deal sees the Eagles swap pick 2 for two later first-round picks, which means they can more easily select WA-based prospects in this year’s draft, while effectively Junior Rioli gets them a future second-round pick. They brought in Jayden Hunt for some much-needed pace out of defence. They technically were in the race for Luke Jackson, but he was always getting to Fremantle.

GOT Liam Jones as an unrestricted free agent

Summary: The Dogs will welcome back Liam Jones for his second stint at the kennel. They lost Zaine Cordy to free agency. Now, their focus will be purely on bringing in Rory Lobb, who the Dockers are trying to drive a hard bargain for. 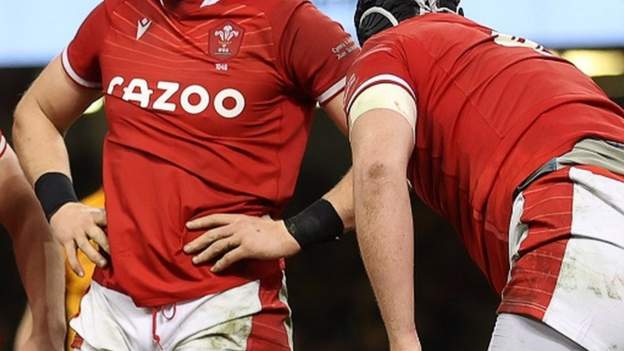 Deshaun Watson was heralded when he returned to the NFL after 700 days away from the league when he made his debut for Cleveland Browns on Sunday….

That Indianapolis Colts will hit the road to a fight against Dallas Cowboys this week with a 4-7 Indy team against an 8-3 Dallas team. Indy lost… 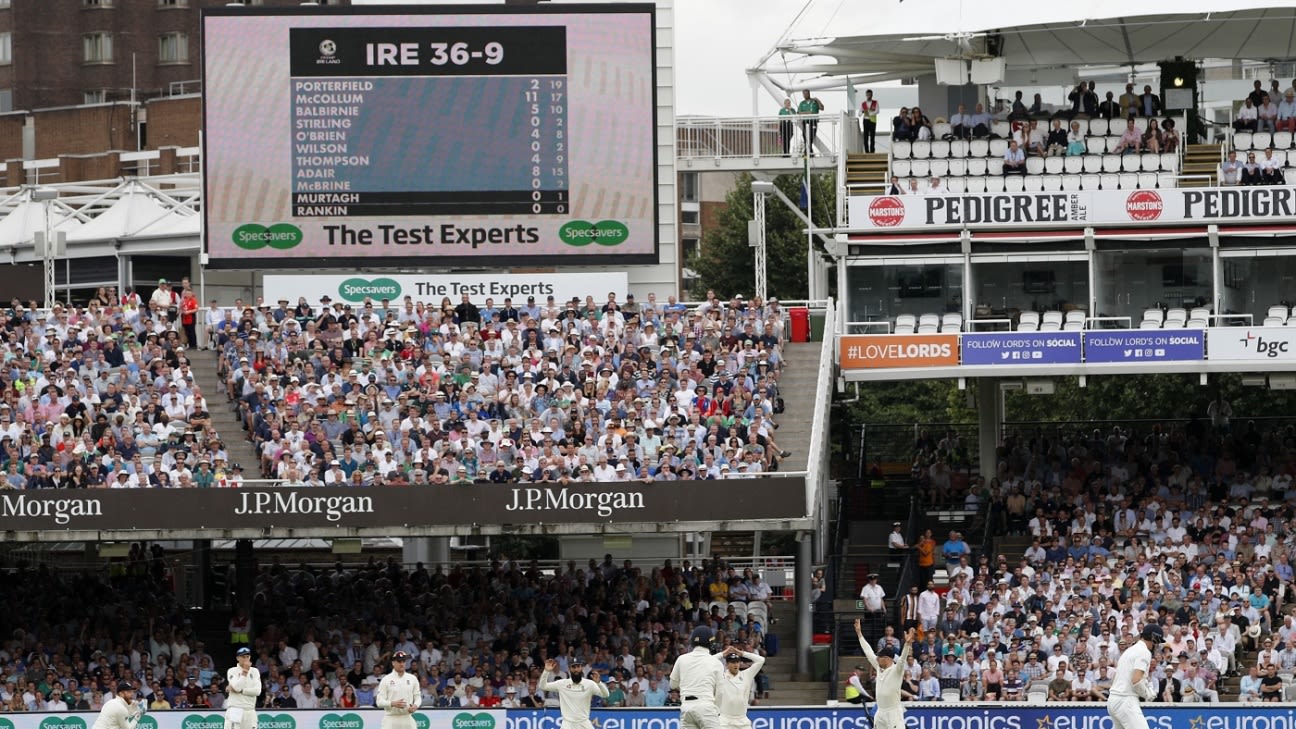 As the Test season gets underway again, the format’s two longest-serving teams are promoting the game in completely different ways. In Perth the Australian team indulged in…