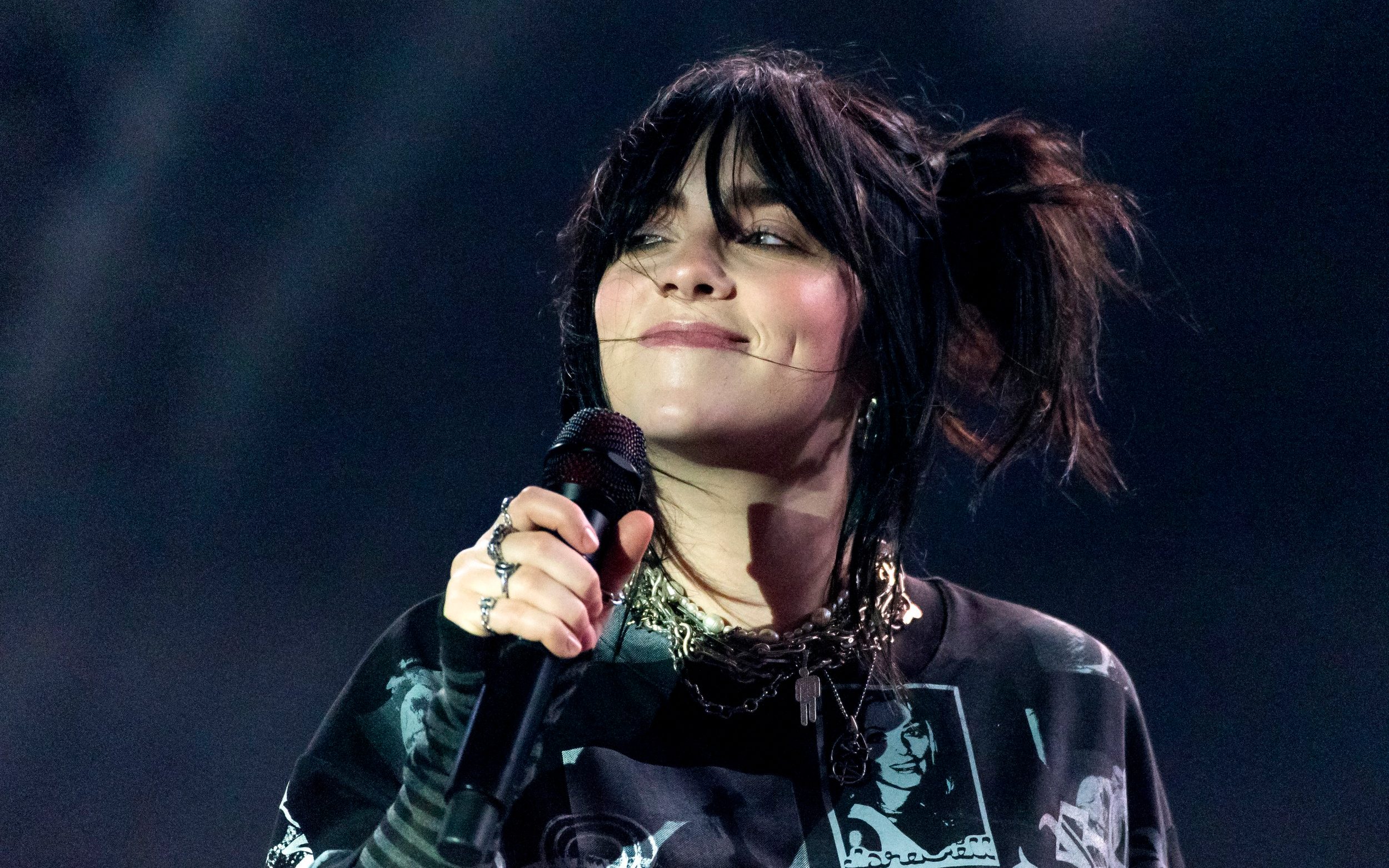 There was a lot of “track”, as they say in the live business. Eilish is backed by musicians only, a strong drummer who often gives her ultra-low-key material the dynamism and lively energy, and her older brother Vince, a multi-instrumentalist, manages everything from behind the keyboard, with occasional forays to playing the bass. and guitar.

Eilish performs pre-recorded vocals that brings her to life, albeit occasionally allowing things to roll as she runs around smiling, jumping, and twisting like a star pupil excited about a particularly powerful yoga class. It’s hard to bend back and sing at the same time.

During a song titled Getting Older (a sensitive song about changes that occur due to maturation, reminding us that it’s not just old people who worry about aging) some stray voices popped into the mix, accompanied by an audible shriek “Get that voice over there! Why play?” on Although, when you have a self-aware and self-referential artist like Eilish, determined to break the fourth wall, it’s impossible to rule out that this may already be part of the production.

Sometimes the track is used as a form of stunt (and can be viewed suspiciously by musicians and old-school analog audiences) but the younger generation shamelessly uses this technology, breaking free from the constraints of band arrangement to create the most compelling scene humanly possible. And what Glastonbury’s audience got was a great and very entertaining show that was brightly lit, highly choreographed and looked absolutely gorgeous.

Occupying a vast stage as if she was born on it, Eilish invested her songs with warmth and emotion, interacting with her audience with sparkling spontaneity, giggles, and made a very human presence at the pop machine.