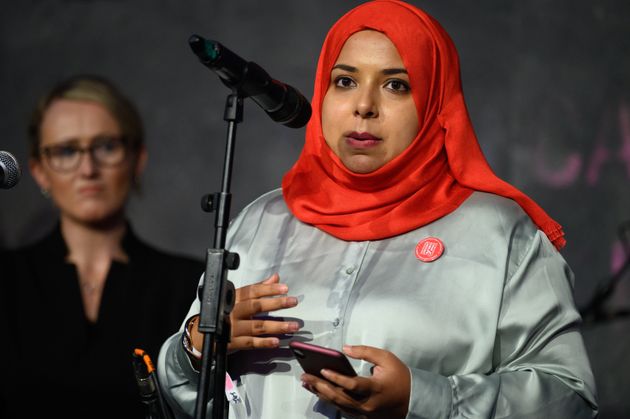 Labor MP Absana Begum revealed that she was signed to work by her GP in the wake of her ‘misogynistic abuse’ campaign.

The MP for Poplar and Limehouse released a statement Wednesday night announcing that she was ill.

Begum said that as a domestic violence survivor, the campaign had a “significant” impact on her mental and physical health.

She wrote: “Throughout my time in Parliament, I have been subjected to a continuous campaign of misogynistic abuse and harassment.

“As a survivor of domestic violence, it has been especially painful and difficult. This abusive campaign has had a huge impact on my mental and physical health.”

She said she had to go to the hospital on June 12, after which she was signed by her GP.

Begum said her office will continue to support voters until she can return to work.

This comes after the Labor Party demanded to stop the voting process in its constituency in east London amid these allegations.

Local parties are currently going through a system in which they and their affiliates vote on whether they want the incumbent MP to automatically run again in the next general election, or they want a full selection process.

However, concerns have been raised about the way some members behave at meetings, and there have been allegations of intimidation and harassment of women.

Begum said she has not been able to participate in the internal polling process “for some time” because she is ill.

“I am extremely concerned about the broader circumstances surrounding the polling process. This has included complaints of alleged rule-breaking and alleged intimidation against women. It is critical that the party investigates these complaints properly and takes appropriate action.”

Begum said the intimidation she faced would be all too familiar to other women, socialists, and those from ethnic minorities.

“If Labor is to be the party of equality, it must do everything in its power to ensure that such behavior is not tolerated,” she added.

A number of Labor MPs rallied to support her, including Nadia Yatumi, who wrote: “Love and solidarity always make us cry.” “Sending love and solidarity,” Representative Charlotte Nichols added.